Chaos Among Parties in Divorce 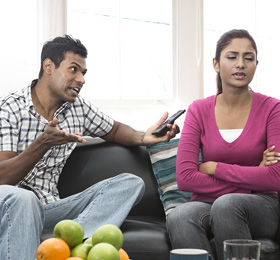 In Michigan, there are minimum periods of time which must pass before a judge can grant a final Judgment of Divorce. These periods are as follows:

The above-described time periods, while allowable, are the exception rather than the rule. Only divorce proceedings with little or no conflict between the parties can be finalized in the periods of time described above.

Unfortunately, the filing of a divorce is often the pinnacle event after many years of hard feelings between the parties. The greater the hard feelings between the parties, the greater the likelihood that a divorce proceeding can drag on for a period of time significantly greater than the minimum periods described above. This is especially true where one or both of the parties believes that “fault” is an issue. Michigan is a no-fault divorce state and, in most cases, judges are not particularly swayed by the poor conduct of one or both of the parties. Nonetheless, parties often will choose to not arrive at a fair compromise solution because their personal judgment is clouded by the negative feelings from years of an unhappy marriage. Your family law attorney should know how to recognize when the debris of an unsatisfactory marriage is motivating non-productive litigation and should be able to counsel you accordingly.

In some instances, it is not you but rather the other party who is driving the divorce proceedings on a high-conflict path. It is not unusual for one party, either directly or through their attorney, to engage in conduct during the divorce proceedings which are provocative and inflammatory. Your experienced family law attorney should be well-practiced in how not to be sucked into high-conflict situations. Many times, the other side, whether it be the attorney, the party, or both, want you and your attorney to “get crazy” with them. In almost every situation, engaging in tit-for-tat theatrics is counter-productive and will drive you further from a resolution.

High-chaos divorces are particularly exhausting and frustrating when dealing with child custody disagreements. In some cases, one party will try to assert a child custody position out of spite to the other party rather than out of a legitimate concern for the well-being of the minor children. Your family law attorney needs to be able to recognize such tactics if they arise. In some cases, it may be necessary for the parties to employ a mental health expert or a parenting coordinator.