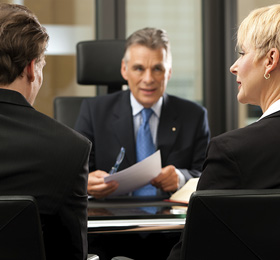 In the last 50 years, the court systems throughout the United States have seen a positive explosion of what is referred to as “Alternative Dispute Resolution” (ADR).

Parties frequently wish to participate in ADR because it is oftentimes speedier, less expensive, and less emotionally taxing than a trial. One form of ADR is called arbitration. Arbitration is where the attorney that represents the Plaintiff and the attorney that represents the Defendant cooperatively choose a third private practice attorney to decide all the issues of the pending case. The chosen attorney is called the Arbitrator. In some rare instances, a panel of three arbitrators may be chosen. Typically in Michigan, family law is arbitrated before a single Arbitrator.

Once the parties have mutually chosen an Arbitrator, they then inform the court that they are pursuing arbitration. The court then grants the chosen Arbitrator broad authority to decide virtually every issue surrounding the case. That means that the Arbitrator will make the final decisions about:

Does Arbitration Make Sense For Me?

Not every case is well-situated for submission to arbitration. Although arbitration takes your case out of the court, it still grants somebody other than the parties the authority to make binding decisions on the parties. So while arbitration may be quicker and less expensive, it is still granting a third party permission to put decisions upon you. The vast majority of people would much rather come to a cooperative decision with their spouse than have a judge or an Arbitrator make a decision for them.

However, arbitration does make sense in some cases. Particularly, if a case has a high degree of complexity, the Arbitrator may be able to devote more time to understanding the issues and facts of a case than a judge will. For instance, maybe the parties own numerous businesses and pieces of real estate, and the value of these assets is difficult to ascertain. Sometimes an Arbitrator, who is known to have a depth of knowledge regarding business assets, will be chosen in such an instance. The parties may feel that their case will be better understood with the use of an Arbitrator.

Also, in highly contested divorces, it may be necessary for the judge to schedule the parties’ trial over multiple days and weeks. The judge will have hundreds of cases on her docket. She will not have vast blocks of time to conduct multi-day trials. Therefore, she will try to slip a case into various small openings that she has on her docket. This is very frustrating for litigants. It is not unusual that what would be a two- or three-day trial could be stretched out over months. In such a case, the parties will oftentimes choose an Arbitrator who will schedule the matter to be arbitrated in a much quicker time period.

Because arbitration is an alternative dispute process, the super-rigid rules of court are oftentimes not applied. This means that the arbitration takes place in a much more relaxed environment. Usually, your attorney and even you yourself can present the facts of your case to the Arbitrator in a somewhat conversational manner. Your spouse and their attorney are also afforded this opportunity. While it is possible that there can be a “cross-examination” of your spouse during which he or she is put up to harsh questioning, it is more likely that that will not take place. The Arbitrator can usually, through informal methods, get a very good picture of the facts and circumstances without having to conduct some of the harsher elements of a traditional court trial.