Can I Change the Settlement Terms After the Divorce Has Been Finalized? 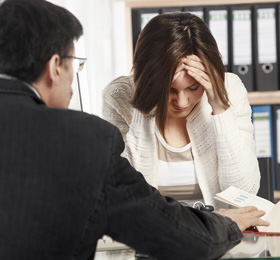 The short answer is “maybe.”

Parties to a finalized divorce have informed the court that they really want to be held to the terms and conditions of their divorce judgment. Therefore, it is difficult but not impossible to go to the court a day, a month, or a year later and tell the court that you no longer wish to be bound by one or more of the provisions of your JOD.

If there is a provision of your JOD which needs to be revisited, your Michigan family law attorney will likely start by contacting your former spouse or their attorney. Oftentimes, if there is a good reason for a proposed JOD change, the parties can cooperatively reach an agreement, reduce it to an amendment to the JOD, and then submit that amendment to the court. Such a negotiated amendment, in most cases, would not even require the parties to reappear in court. A well-qualified Michigan family law attorney will know how to negotiate and memorialize such an amendment with the opposing party.

In order for a divorce to be finalized, two distinct actions will have taken place at the court:

Unfortunately, there are situations that arise during the course of life which can necessitate an amendment to a Judgment of Divorce. If your former spouse is not agreeable to the amendment, then the only way a change can take place is to have the matter scheduled for a motion hearing before the judge. There are numerous examples of situations which require an amendment to the original Judgment of Divorce. Here is a partial list of typical motions for amendment to the JOD:

Can I undo the property or financial division awards of the judgment of divorce?

Fraud is a simple concept that the court will be able to quickly recognize. For instance, one party was ordered to split their retirement assets with another party, and in accordance with that provision the parties split a $100,000 401K account with each party receiving $50,000. Fourteen months after the divorce was finalized, one party learns that the other party had a second 401K account that had an additional $200,000 in it. The party with the second 401K account deceitfully withheld this information during the discovery phase of the divorce. The Judgment of Divorce (in most cases) will have included language to the effect of “I have fully disclosed to the other party all of my assets.” In this case, even though the Judgment of Divorce says that it is “final,” it is very likely that a judge would award half of the second 401K to the deceived party. In fact, it may even be possible that the judge will order the deceitful party to pay the legal expenses of the deceived party. Judges take this type of fraud very seriously.

“Mutual mistake” is another area that can allow for a reopening of a Judgment of Divorce. For instance, a Judgment of Divorce states that one party has a 401K valued at $100,000 and that they are ordered to pay the other party $50,000 in recognition of their share. Both parties have signed the Judgment of Divorce and there is no disagreement about this provision. However, when the first party goes to liquidate the $100,000 401K, they learn that the account is actually worth $120,000. This new fact is a surprise to both parties. There is no allegation that either party had engaged in a fraud. This would be considered a classic mutual mistake. However, let’s say the party with the 401K begins to think in a greedy manner. The party thinks “Well, I was ordered to pay $50,000 to the other party, so I get to keep the remaining $70,000.” Such a plan isn’t fraudulent; it's simply greedy. If brought to the attention of a judge, it is likely that the judge would rule that the parties were operating under a “mutual mistake” and would order the 401K to be split evenly as was contemplated from the beginning.