Dividing Property in a Michigan Divorce 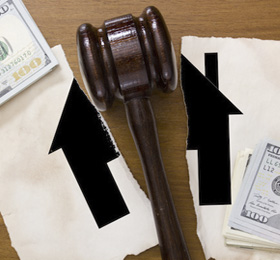 After resolving the issues of custody and spousal support, the division of property is perhaps the most contentious issue that parties will face during their divorce.

A finalized divorce will address the division of all property of the marriage. This will include real estate including vacation properties, bank accounts, retirement assets, stock accounts, automobiles, pensions, and personal belongings. It is critical that you employ a Michigan family law attorney who understands the complexity of your assets.

It is important to remember that the courts, in general, will only be concerned with those assets which the husband and wife accumulated during the course of the marriage. Assets that one or both parties had obtained prior to the marriage will, in most cases, be awarded to the party who is the original owner. While there is no specific rule stating that property must be divided on a 50/50 basis, in most cases, a family law judge will stick close to that formula.

Your family law attorney will need to know more than how to divide assets on a 50/50 basis. A good family law attorney will know how to recognize tax implications that can arise during the splitting of assets. Also, your attorney should know how to analyze assets on a present/future value basis. For instance, if a pension is predicted to yield a $3,000/mo. payment, but such payment is not to begin for 15 more years, then your attorney will need to know what the “present value” and “future value” of that asset is.

What Is Marital Property Versus Separate Property?

Michigan courts have consistently recognized the difference between marital property and separate property. They can be defined as follows:

Michigan courts frequently refer to a doctrine known as the “non-invasion of separate property.”

An example where a court adheres to this doctrine is as follows: Spouse A owned a home prior to the marriage. The parties moved into a new home at the time of the marriage and rented out Spouse A’s former home. The rent received from Spouse A’s home has been more than adequate to cover the home’s mortgage, taxes, insurance and upkeep. Therefore, no joint marital funds were used to maintain the house. At the time of a finalized divorce, it is likely that that home will be awarded to Spouse A as his or her separate property.

A contrasting example is as follows: Spouse A owned a home prior to the marriage. The parties moved into a new home at the time of the marriage and rented out Spouse A’s former home. The rent received from Spouse A’s former home has never been adequate to cover the costs of its ownership. Both Spouse A and Spouse B, with the use of joint marital assets, have had to continually pump funds into the house to cover its mortgage, taxes, insurance and upkeep. At the time of a finalized divorce, it is likely that even though Spouse A was the original owner of the property, the home would be jointly awarded to both Spouse A and Spouse B.

Another example is as follows: Spouse A receives a $100,000 inheritance from a parent. Spouse A places the $100,000 into a separate bank account solely in their name. Spouse A never invades that money. Spouse A and Spouse B continue to live off of their joint income from other sources. At the time of a finalized divorce, it is likely that that the $100,000 will be awarded to Spouse A as their separate property.

A contrasting example is as follows: Spouse A receives a $100,000 inheritance from a parent. Spouse A places the $100,000 into a separate bank account solely in their name. When Spouse A and Spouse B decide to remodel their kitchen, they withdraw $25,000 from the account. Later, Spouse B receives a $12,000 work bonus which the parties then deposit into Spouse A’s account. In fact, there is a long and murky history of in-flows and out-flows from Spouse A’s account since the time of the inheritance. Perhaps a full accounting can simply not be re-created. Under this scenario, it is likely that the $100,000 will be awarded jointly to both Spouse A and Spouse B.

Sometimes, couples cohabitate for a period of years prior to marriage. During this period of time, couples have begun to acquire assets jointly as though they were married. Then a marriage finally comes about and, later, a divorce. Michigan case law has held that pre-marital contributions towards acquired property that are readily traceable to a separate source may be considered as separate property. For example, if Spouse A and Spouse B jointly purchased a home prior to the marriage, but it can be shown that Spouse A was the sole contributor of the $25,000 down payment on the home, then it is likely that the first $25,000 of equity in the home would be awarded to Spouse A as their separate property. However, if Spouse A vaguely remembers that they provided the funds for the down payment but does not have any documentary evidence of such, then it is likely that the house’s equity, including its original down payment, would be awarded to both parties as a joint marital asset.

On What Dates Are Assets Divided?

The above example doesn’t take into account “passive appreciation”. If it can be shown in the above example that Spouse A possessed the $100,000 401K account on the date of marriage and then never contributed another penny to the account, then even though the account grew to $300,000, the entire value would likely be awarded to Spouse A. The argument is that the growth was “passive appreciation” and Spouse B had not contributed any funds to its growth.

What Factors Will the Court Consider When Dividing Assets?

Michigan courts are free to consider a wide variety of factors when deciding how to split marital assets. The most common factors considered are:

Special Concerns on Division of Property 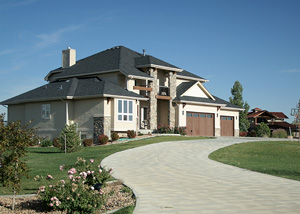 Regardless of the financial position of your family, the division of assets during a divorce proceedings can be complicated. The division of assets for couples with significant assets presents its own unique challenges. When a family has significant and diversified assets, it is sometimes difficult for an experienced family law attorney to immediately understand the […] 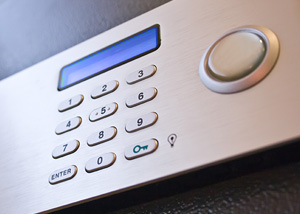 "I’m worried my spouse may be hiding assets." By the time a marriage has broken down to the extent that a Complaint for Divorce has been filed, there is often a significant lack of trust between the parties. In many cases, the parties have struggled to adequately communicate with each other for months, years, or […] 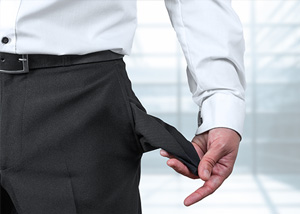 How does a bankruptcy affect a Michigan divorce? Financial difficulties that have plagued a marriage for years or even decades will usually spill over into a divorce proceeding. Regardless of whether it was filed before, during, or after the commencement of divorce proceedings, a bankruptcy can have major implications on the outcome of a divorce. […] 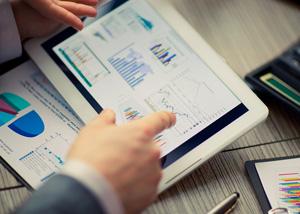 How are businesses valued in a divorce? Oftentimes, the single biggest area of disagreement in a pending divorce is the value of a business. Some businesses can be easily valued by simply looking at their financial statements. However, more often than not, businesses will have some type of intrinsic value which doesn’t necessarily show up […]