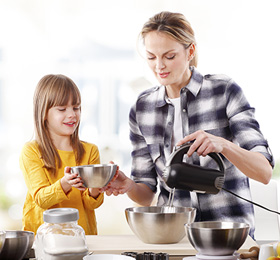 For decades, parties to a divorce action, and even the courts themselves, would often refer to the time that a child spends with parents as "visitation."

In more recent years, that term has fallen out of use and the term “parenting time” is used almost exclusively. In every state in the United States and in Michigan in particular, the court operates under the presumption that it is in the best interest of a child to have a deep, loving and involved relationship with both parents. In virtually every situation, children have the right to have a relationship with both parents. The only time that this right can be diminished or extinguished is if there is a clear and convincing showing that a child would be in physical, mental or emotional danger as a result of their relationship with a parent.

The issue of parenting time is usually the most emotionally exhausting aspect of a pending divorce action. In many cases, the parties, despite the hard feelings they may have for each other, can come to an agreement on a reasonable distribution of parenting time. A case in which the parties can come to a quick agreement is far less exhausting, moves through the court system much more quickly, and will cost the parties far less in legal expenses.

Unfortunately, there are cases in which the parties have stark disagreement as to what the distribution of parenting time should be. If the disagreement persists, then it will ultimately be up to the court to decide the “where’s and when’s” of visitation. In such situations, the court will attempt to carve out a visitation schedule which they believe is in the best interest of the minor child.

Despite a court order, there are situations in which one parent refuses to follow the court’s dictated parenting time. Willfully disregarding the court’s parenting time order is not advised and can result in punishment, including jail. If one party denies the other party parenting time, the aggrieved party can file a motion which the court  and will usually hear in ten days or less. At that time, the party that has denied the other party visitation better have a really good reason why they chose to deny parenting time. In many cases, the judge can become quite outraged if she is convinced that one party took matters into their own hands and chose to make decisions in violation of the court’s parenting time order. It is not unusual for a judge to order the violating party to pay the attorney fees of the parent who had been denied parenting time.