How Can I Have a Change Made to My Child Custody Order? 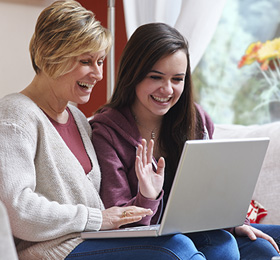 When a divorce is finalized, the court will sign off on a Judgment of Divorce (JOD)

The JOD should fully address every last aspect of the dissolution of the marriage. The parties will sign the JOD and the court will consider it to be “the final expression of the parties.” However, the court recognizes that what was good for the parties and the minor children at the time of the divorce may not continue to be in the best interest of the parties at a later date. When a change in circumstances arises, the JOD may need to be modified as a result.

There are many issues that can necessitate a modification of child custody after a divorce is finalized. Perhaps there is an emerging issue that is affecting the child’s welfare. One party may have to relocate as a result of work. The educational needs of the child could also change. In many cases the divorced parties can address these issues cooperatively with little need for court intervention. However, in some cases, there are residual hard feelings from the divorce which stand as an obstacle to the parties cooperatively negotiating custody modifications. In such cases, an experienced Michigan custody lawyer will know how to ask the court for a modification of the present child custody order.

What is needed for the court to grant a modification of custody request?

Unfortunately, two parties to a divorce can have starkly differing views regarding what is in the best interests of the minor child. It is not uncommon for one parent to have very unhealthy views or practices that can affect the well-being of a child.

When requesting a change in an existent child custody order, the party requesting the change must show that:

In order to be successful in Michigan in gaining a change of custody or a modification of custody, the party making the Motion must prove to the court by a “clear and convincing” standard that a change is appropriate. That means that the allegations the moving party is asserting need to be strong. The clear and convincing standard of proof means that it “must be shown that the truth of the facts asserted are highly probable.” Courts in general are usually very much in favor of maintaining an “established custodial environment” and they will want to see very strong proof before granting a change of custody.