The Differences Between Legal Custody and Physical Custody 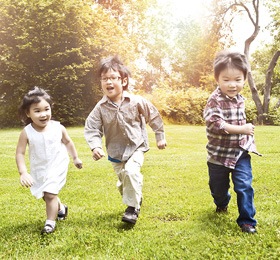 When it comes to the issue of child custody there is often significant misunderstanding regarding the difference between “Legal Custody” and “Physical Custody.”

When both parties share Joint Legal Custody, which is the usual the order of the court, the parties need to work together cooperatively in making decisions that affect the minor child. For instance, if the minor child’s dentist says “I can go either way as to whether your child needs braces”, then one party cannot unilaterally make that decision without cooperatively getting the agreement of the other party. If a child needs after-school tutoring or needs to see a psychologist, the decision to employ such services must also be made cooperatively. However, if a child breaks his arm and the E.R. doctor says they need to perform immediate services on the child, then the party who took the child to the hospital is free to authorize the performance of medical services. If the E.R. doctor then wants to refer the child for a follow-up orthopedic consultation in which possible surgery is being discussed, then Joint Legal Custody requires both parents to have the opportunity to be at the doctor’s appointment, and then to cooperatively reach a decision as to which course of action to take.

Physical Custody is defined exactly as it sounds. Where will the child be physically spending their time? In recent years many courts have moved away from specifically designating one party or the other as the “physical custodian”. Rather, the court will often rely on a parenting time order or schedule to describe which parent has physical custody of the minor child at a particular time.

The Parenting Time Agreement should be very, very detailed. It is the road map under which all visitation takes place. It will prevent future misunderstandings. Of course, even if the Parent Time Agreement is super detailed, it will not prevent the parties from agreeing to minor modifications as time goes by. For instance, the Parenting Time Agreement might specifically state that one party will pick up the minor child at 5 P.M. on Friday and return the child at 9 P.M. on Sunday. However, over time the parties have come to casually agree to the minor child being picked up directly from school at 3:10 on Fridays. Such a casual agreement is certainly allowable. The court very much encourages all parties to exercise such flexibility and reasonableness. However, where there is disagreement, the well-drafted Parenting Time Agreement will make the where’s and when’s crystal clear.

Court cases in which the issues of who will have custody of the minor child are, without a doubt, among the most expensive and mentally exhausting of all types of legal cases. Judges will oftentimes work tirelessly to get the parties to work on a compromise solution, thus preventing the prospect of a nasty and contested trial. Unfortunately, in a small percentage of cases, trials centered on the issue of custody do take place.

If a trial centered on custody is held, then the court is required under Michigan law to consider what the “best interests” of the minor child are. The judge is required to make her custody decision on what is called the “Best Interest Factors” or the “Child Custody Factors”. Many times, one party will say “well, she says she wants to live with me.” The child’s preference is certainly important, but it is not the sole determining factor. Here is a basic description of the Best Interest Factors:

It is a sad but true fact that the Best Interest Factors are a scorecard under which parents are judged. It is an unpleasant process at best.